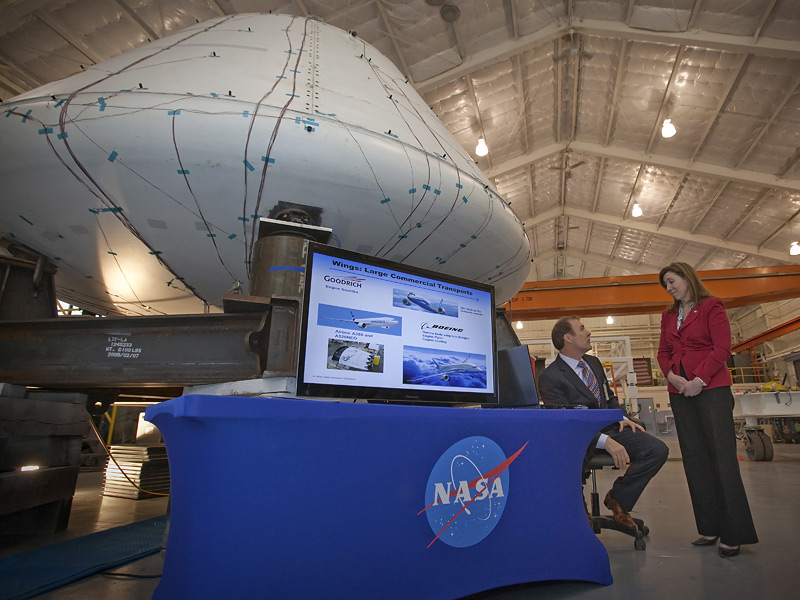 The Orion mock-up is shown in a laboratory at NASA Langley where it is undergoing additional testing.

Collier’s company was the first company to license software from NASA Langley. NASA licenses technology and hardware as part of the agency’s effort to transfer NASA-developed technology to U.S. businesses.

Garver, who also spoke to employees about NASA’s proposed FY13 budget, said, “The best value of NASA is in American innovation. It’s an investment in America, and the work you’re doing at Langley is creating a foundation for the economy.”